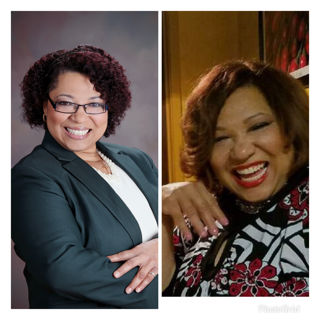 First of all I would like to say that it’s a blessing to have more than one car to drive. Now that’s out the way. Background story. (Sarcastically speaking) My sweet and wonderful husband MR purchased a Pontiac Vibe from an elderly lady, the car only had 70,000 miles but don’t ask me the year because I don’t care about that. The goal was to SELL IT. We already have enough cars and we didn’t need another car in our collection. (I bet folks is out in Blog Land think we have several luxury cars that’s housed in a heated garage with a driver that polishes them weekly. But I’m going to let them think that if they want to). He purchased the car in March 2017, a couple of months later he still hadn’t put the car in the yard for sale. I said (lying to y’all) “sweetheart if you would love to keep the car for your own enjoyment then maybe you should insure it”. Ok, ok, okayyyy. It went like this. “If you are going to keep the damn car you better put some insurance on it or put it in the yard to sell it but make up your damn mind”!  He chose to keep  the damn car. SERIOUSLY??!!! Mr kept telling me that I need to drive it.  Well I finally drove it ….and drove it and drove it….until its pretty much is my car. It’s such a major difference in gas mileage than the vehicle I nicknamed the bus or my Blazer.  Well now the weather is changing  and it’s cold. I pushed the remote starter for my car on a cold early morning and I went into the garage and the wrong car was running. I said “shit MY Vibe don’t have a remote starter”. I thought I guess it’s time to switch cars for the winter. I drove the Blazer instead of the Vibe for the first time in months and I put $10 in the fuel tank but today my fuel light came on. WHAT THE???? $10.00 would have almost taken me to Detroit from Flint in the Vibe.  I’m not liking this switching cars thing anymore. I was talking to Mr after the light came on and I told him, “I think I might go back to the Vibe”. (Well now a background on my Blazer vehicle. She doesn’t have a name but I love my Blazer. It’s the first vehicle that I purchased by myself.  She’s my work vehicle and when I’m driving my Blazer you would think that I am in the latest luxury 4 X 4 truck.  I can also handle her in the snow and ice like a professional stunt car driver.  We have been a great team until I parked her for the Vibe. Well Miss Blazer must have heard me tell MR that I might go back to the Vibe because of the gas mileage.  I was at Walmart about to leave my parking space and Miss Blazer cut off.  I started her again and she cut off again.  I got out my parking space in the middle of the parking lot aisle and she cut off on me again.  Did this Blazer hear me talking about giving her up again for the Vibe? Was she jealous of  Vibe? Well what the Blazer don’t know is I know how to handle her and I wasn’t going to let her cut off on me again.  If she wanted to play like that then I had something for her.  I felt her trying to cut off on me again but I was ready.  I threw her in neutral and kept my foot on the gas.  She wasn’t expecting that! I came to a red light, now it’s the Blazer vs the Driver.  When the light turn green I put her into drive but she wanted to cut off but I pushed that gas pedal down and she got herself back in line.  I then started speeding to get her juices flowing until we ran up to a light that was turning red.  I could feel she thought she was going to get me again so I immediately put her into neutral again.  When the light turned green I floored it, she must have liked it.  It was like we were once again in sync.  When I got to my designation I just let her idle………. I think she realize that I am still her master and I still love her but I have to rethink this switching cars for the winter idea…. maybe I will drive both of them this winter.  One for really cold days and the other one for when I have a lot of errands to run.   Problem solved.

2 thoughts on “Switching cars for the winter.”